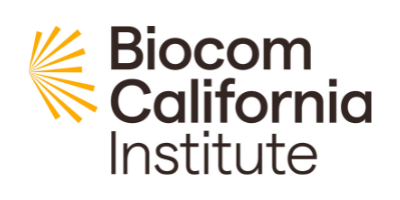 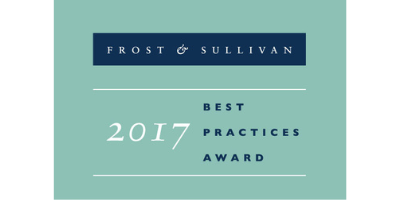 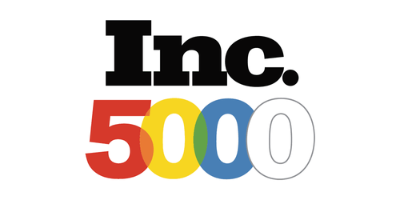 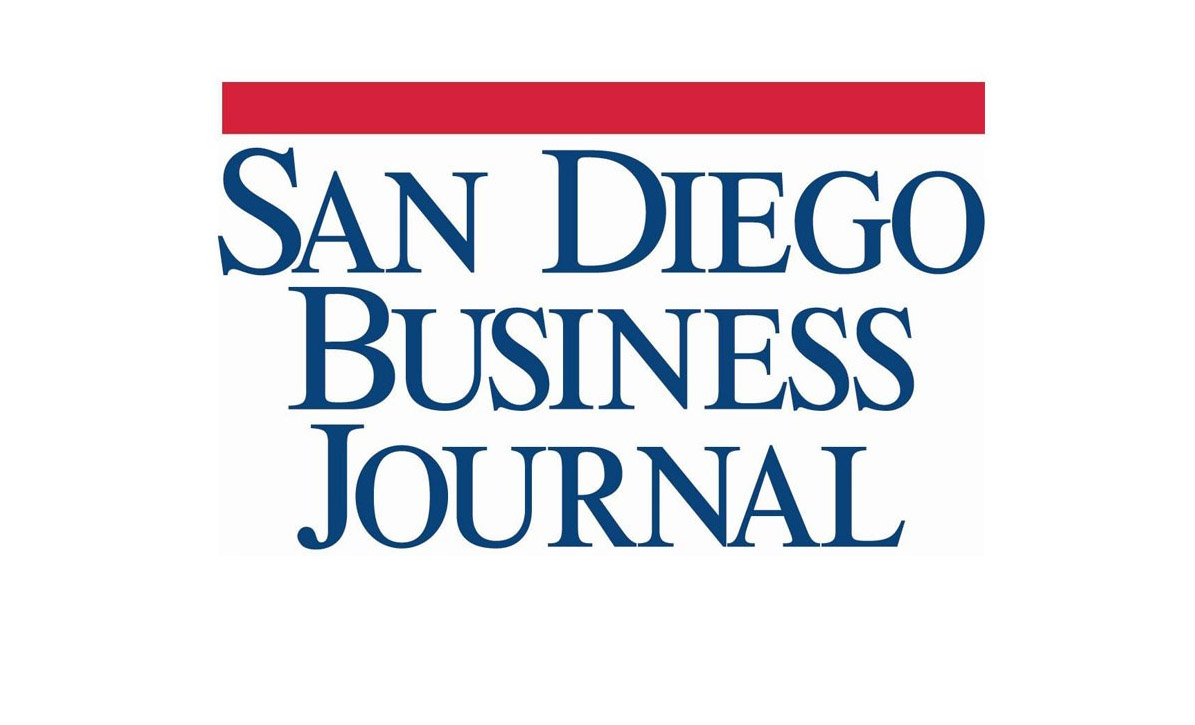 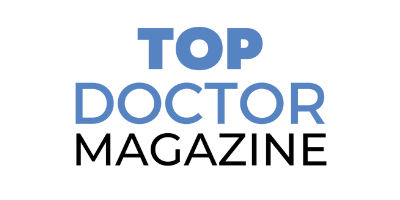 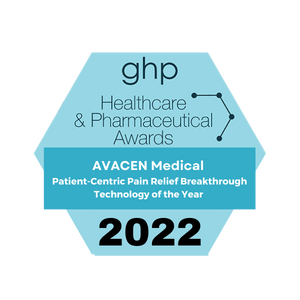 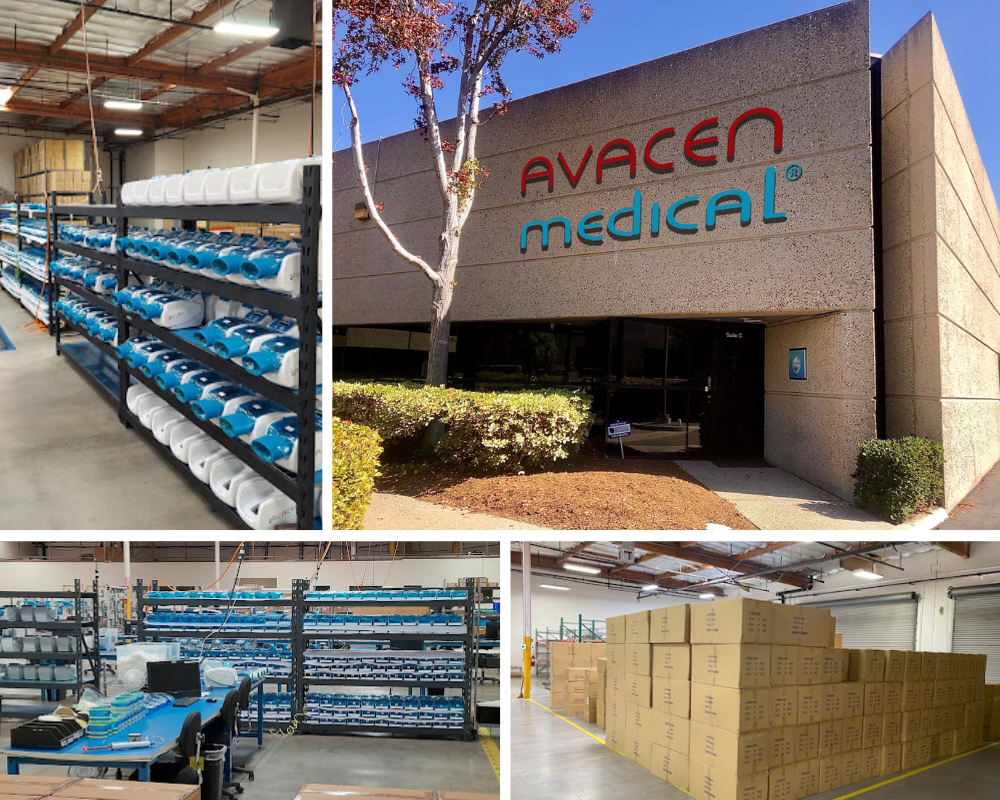 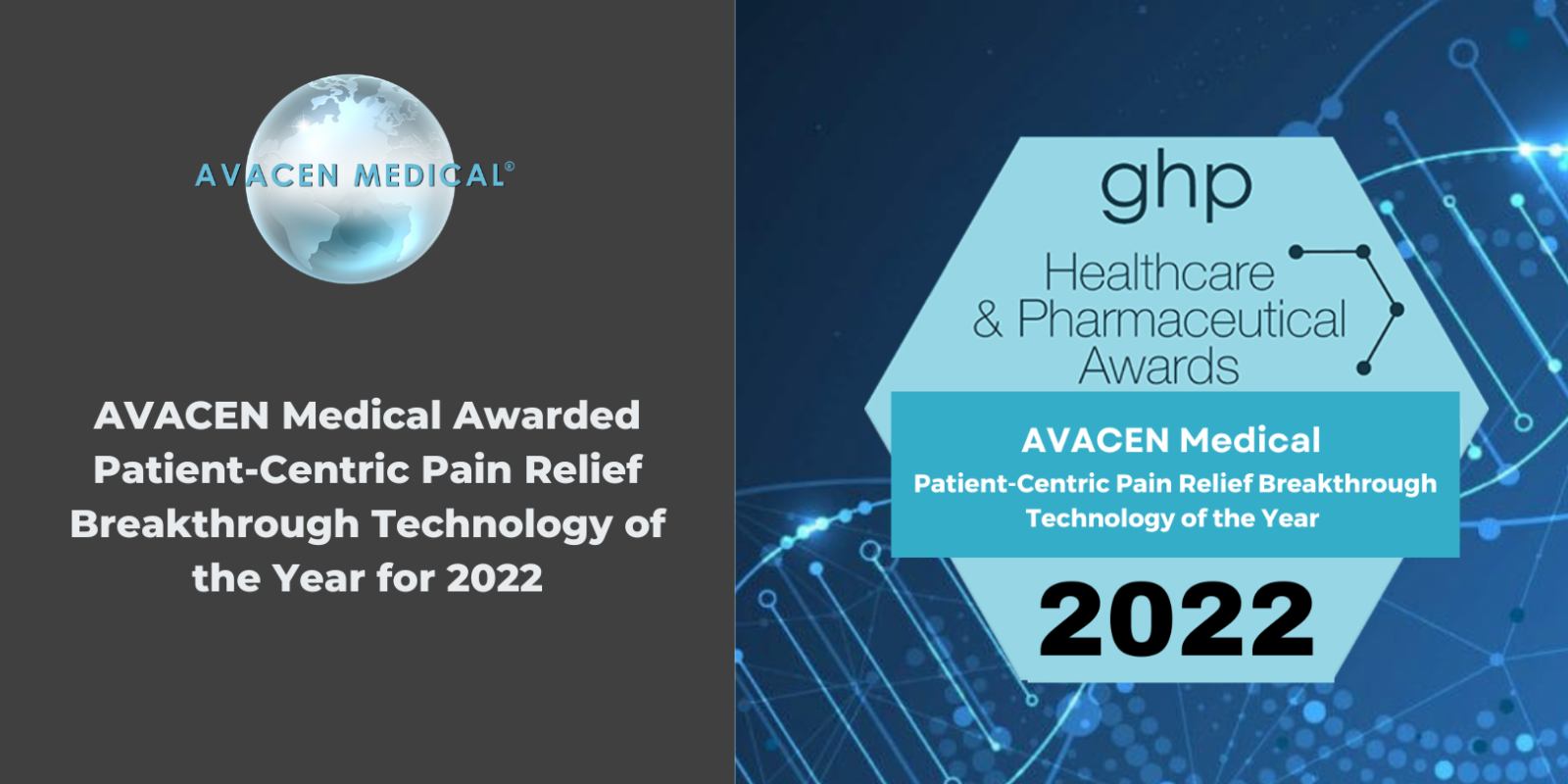 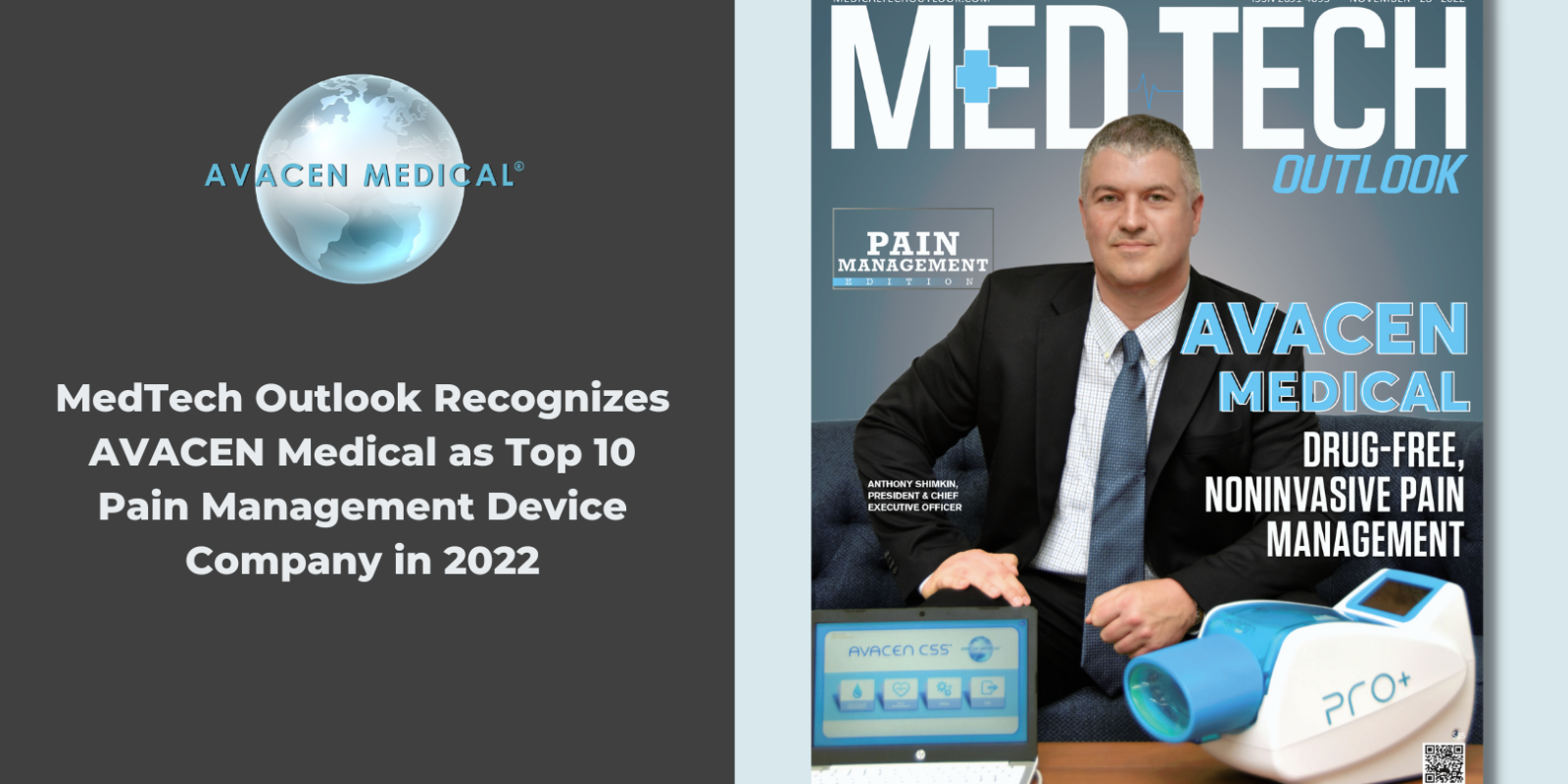 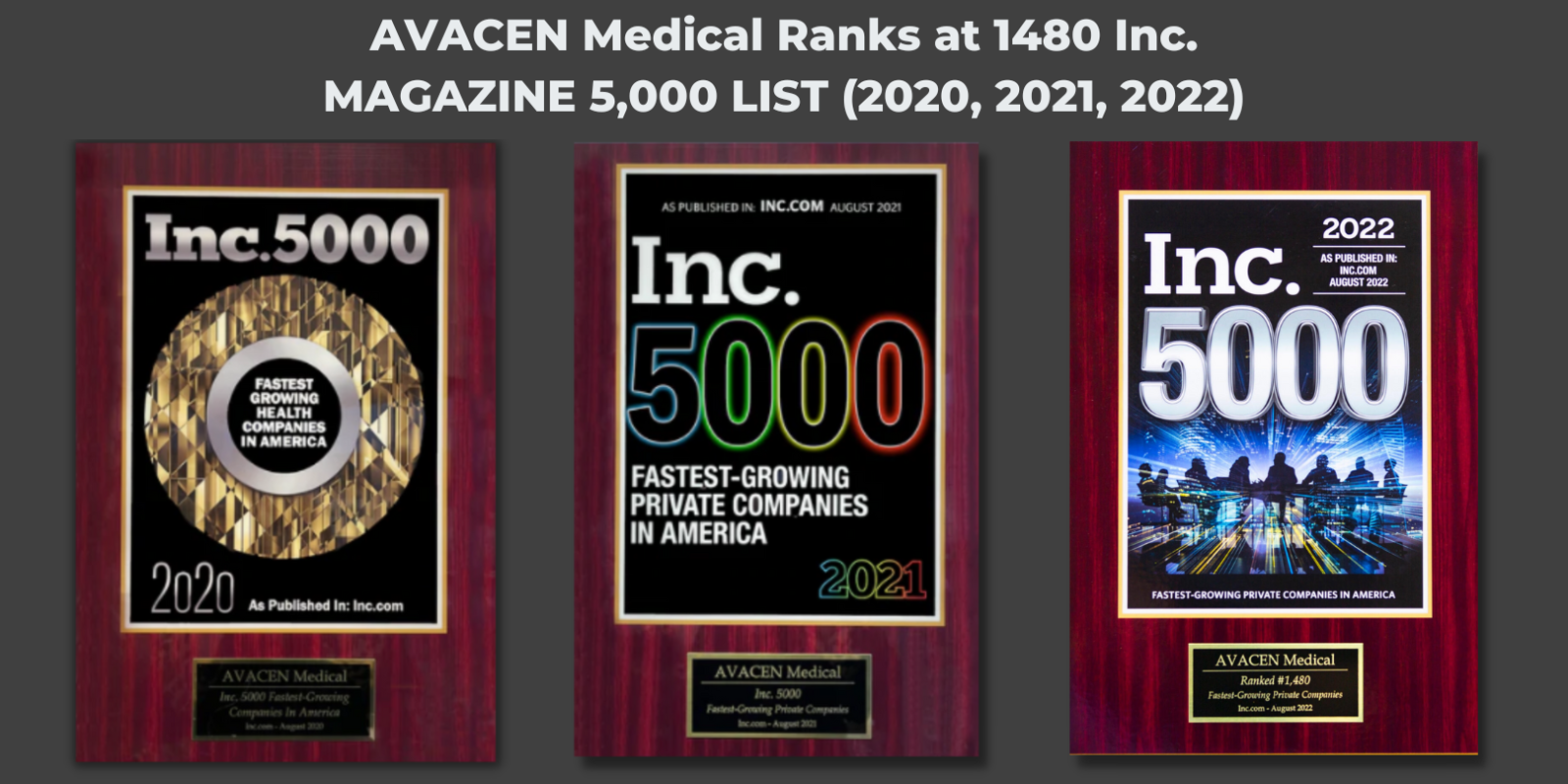 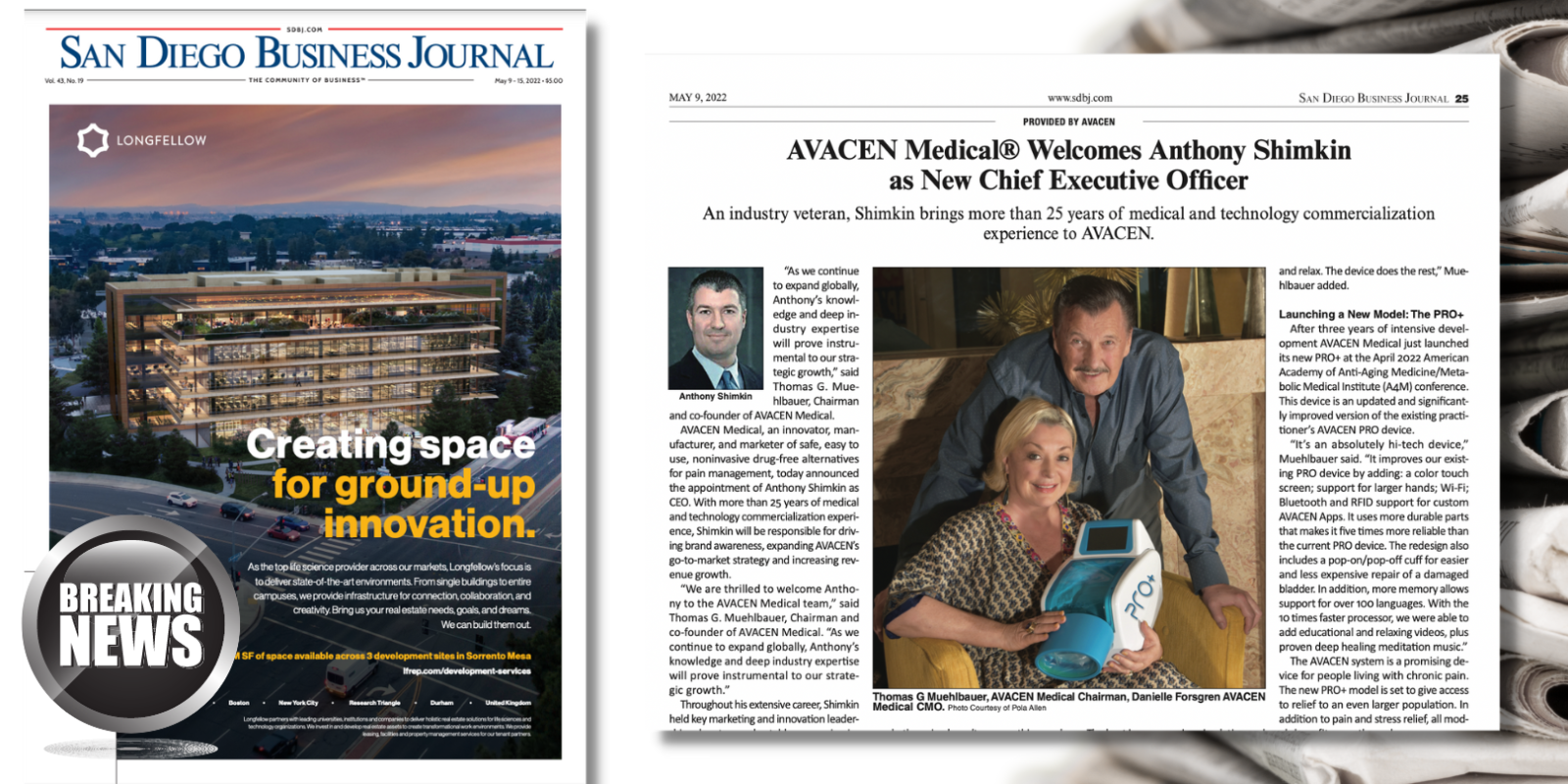 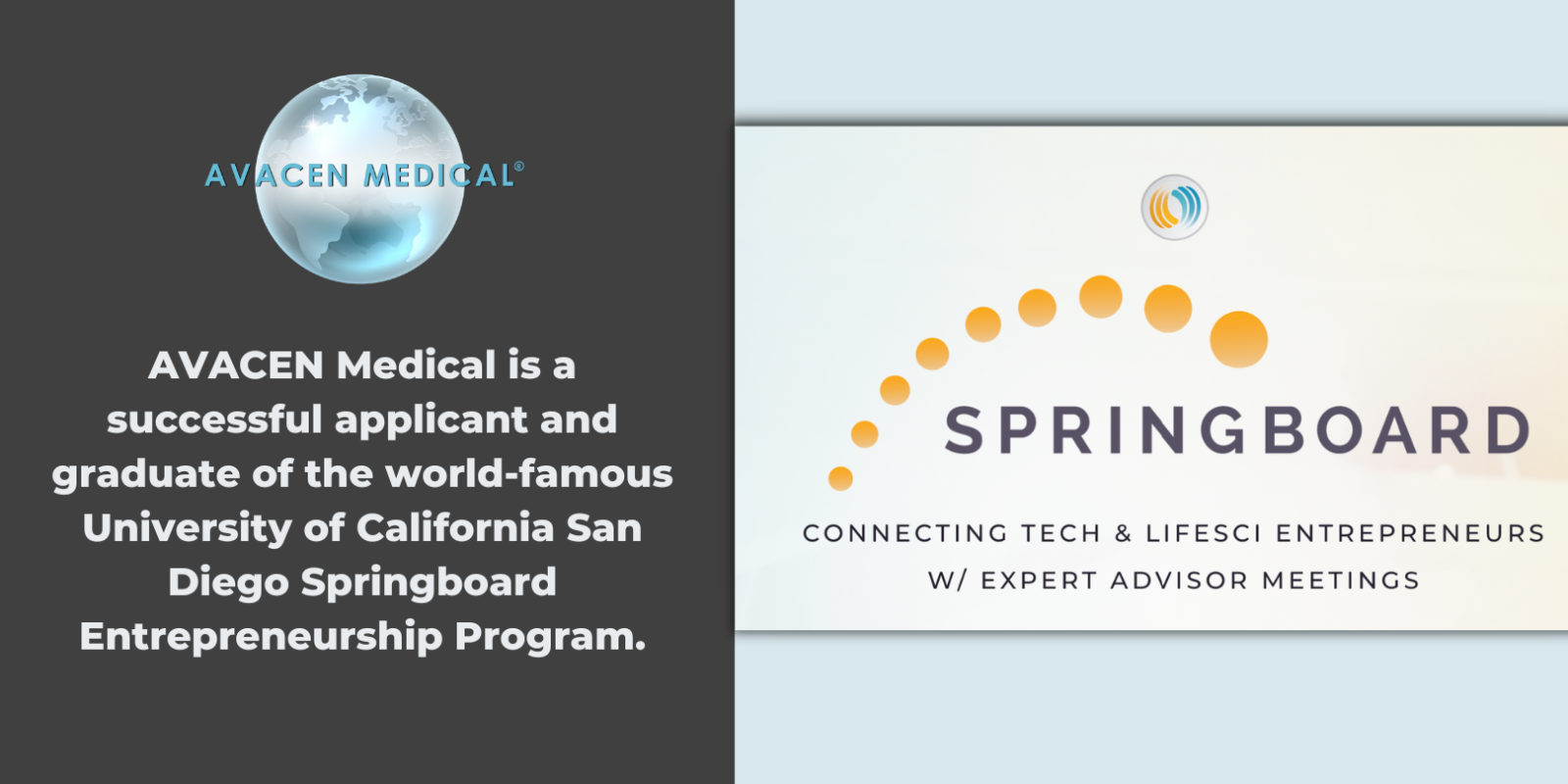 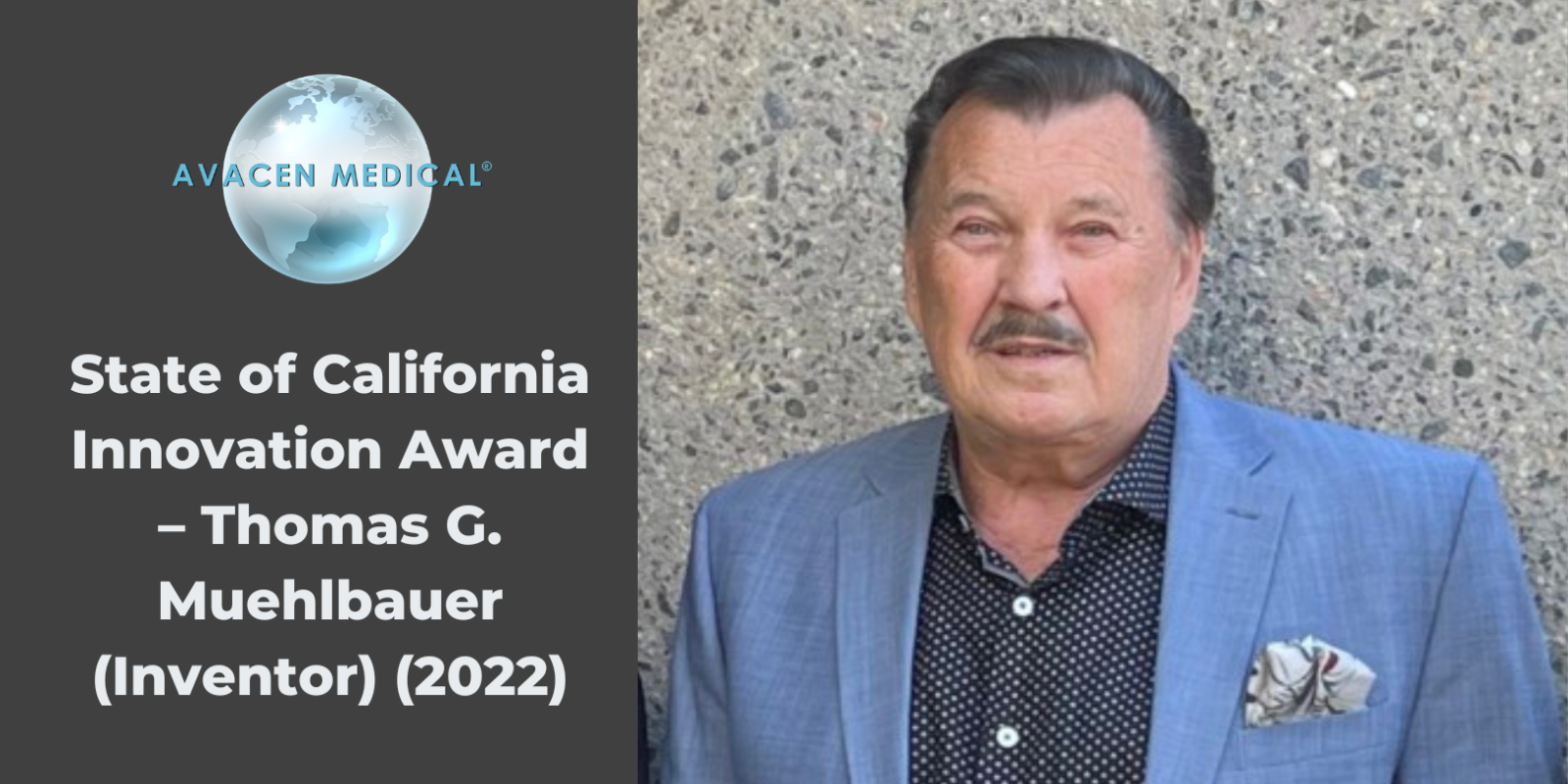 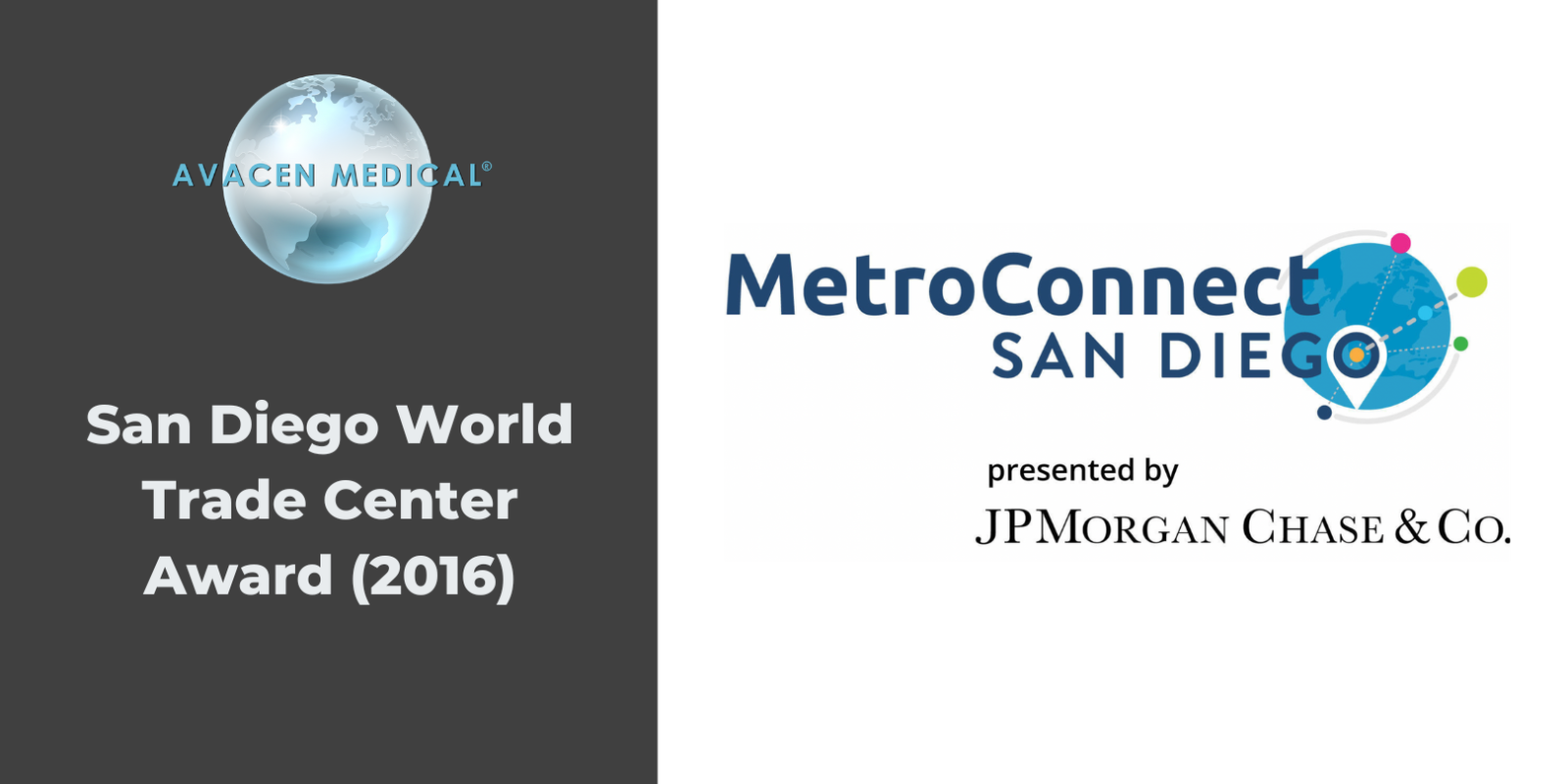 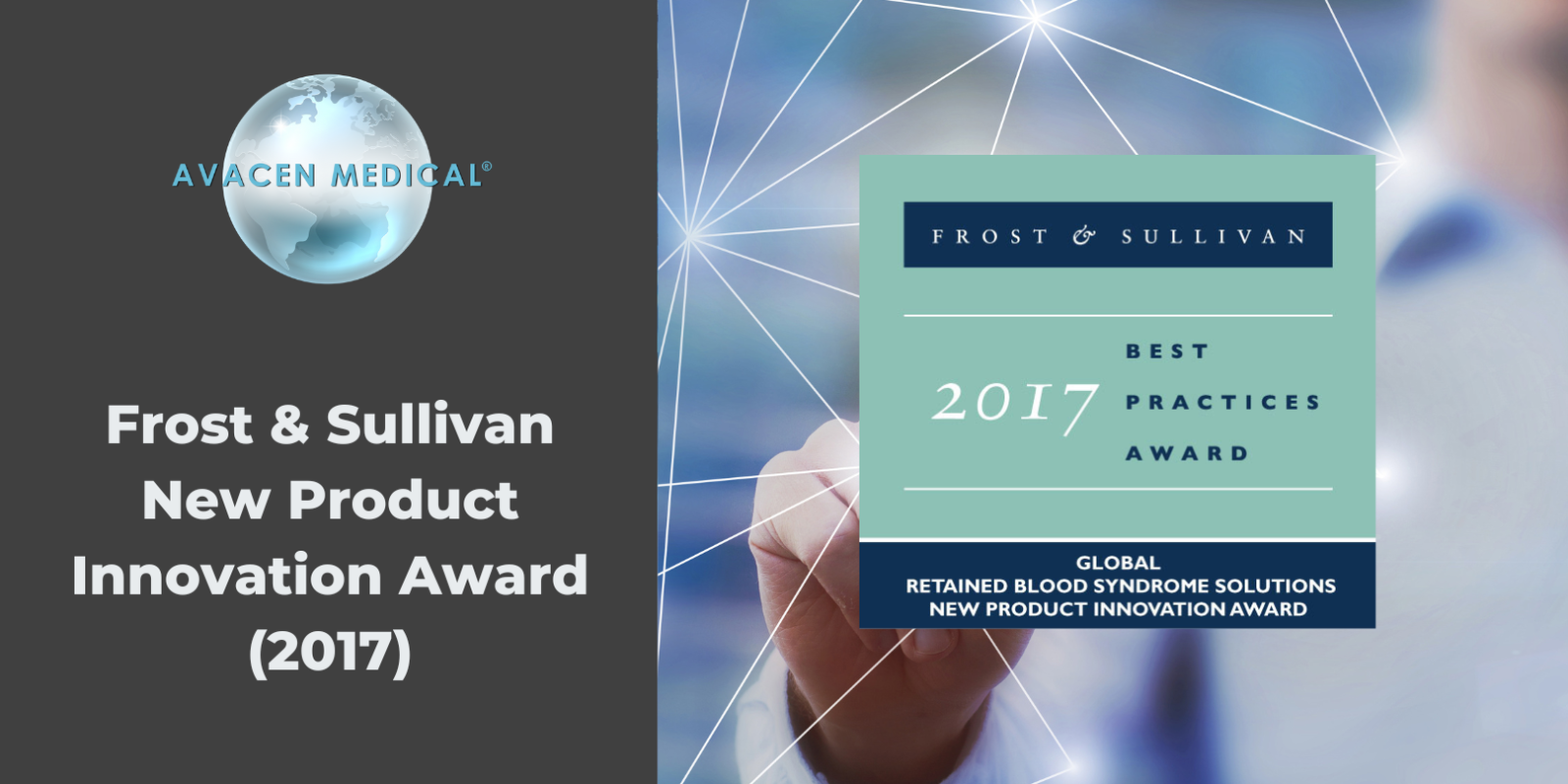 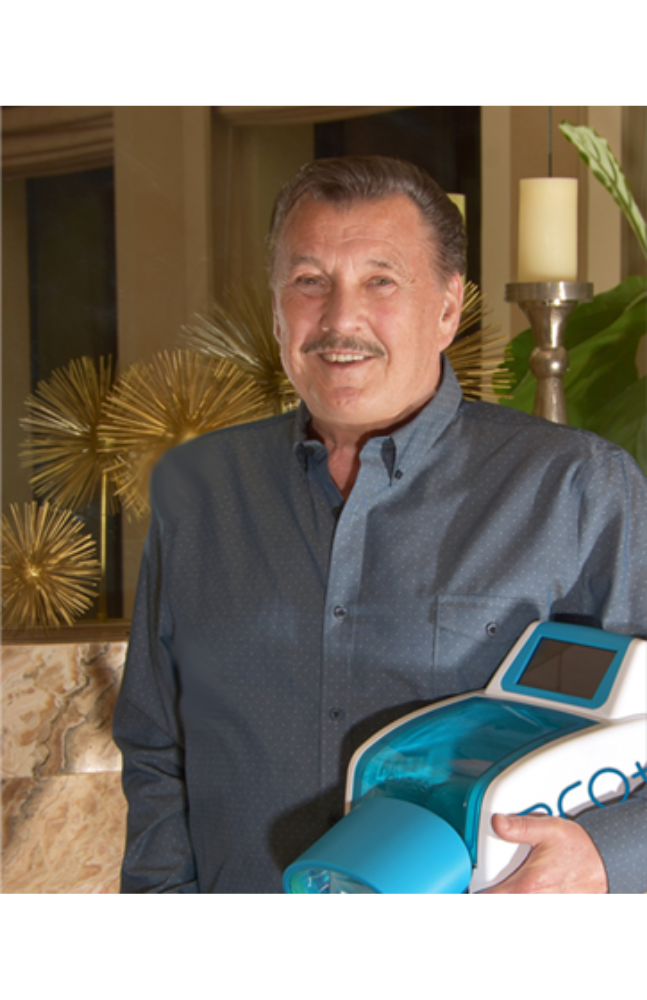 AVACEN Medical, a leading manufacturer of noninvasive, drug-free, over-the-counter pain management devices, announced today it has been recognized as a Top 10 Pain Management Device Company for 2022 by MedTech Outlook. AVACEN® Medical is featured on the cover of MedTech Outlook Magazine (Nov, 2022). 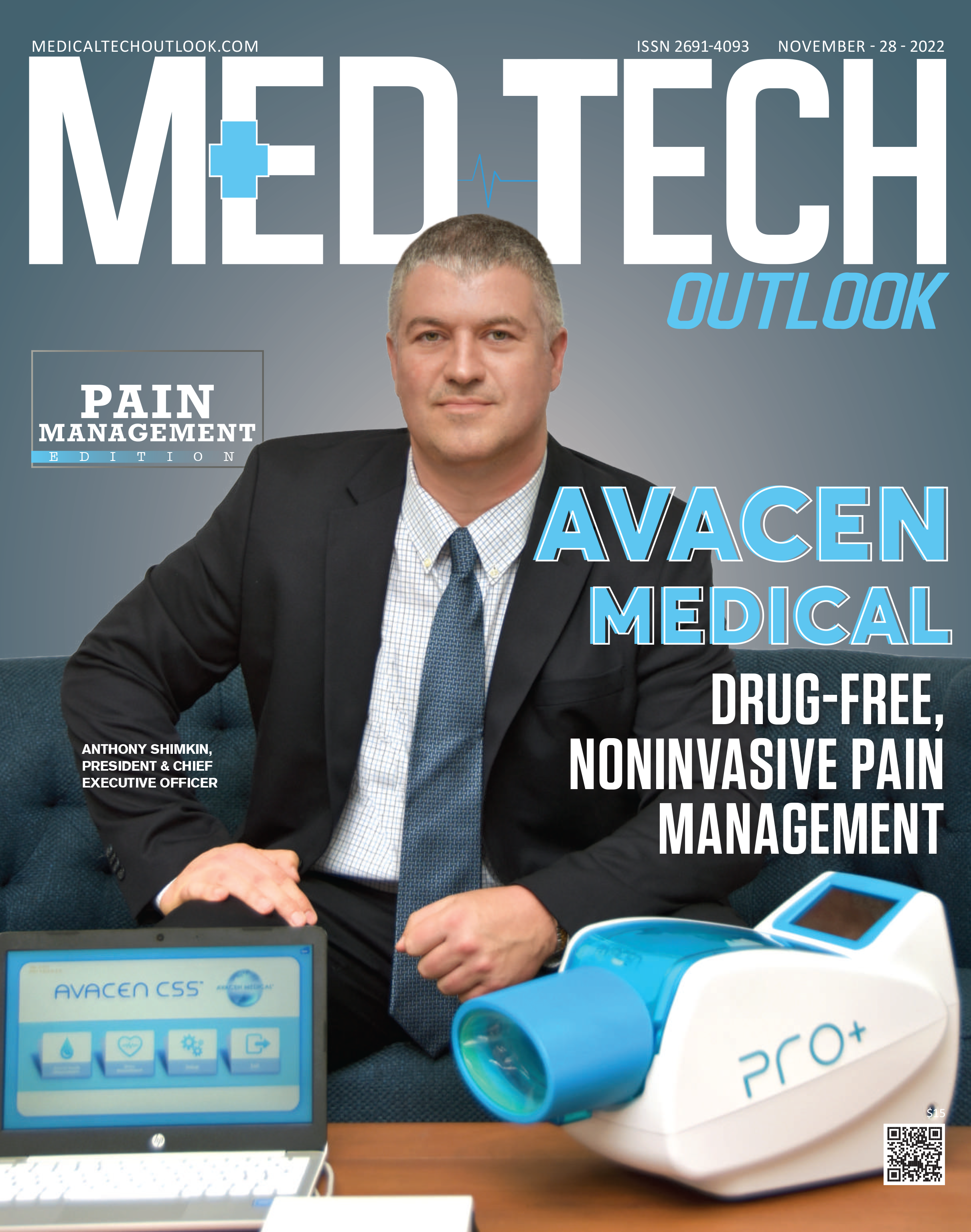 AVACEN is Innovative and Effective.

Meet the Founders of AVACEN® Medical – Thomas Muehlbauer and Danielle Forsgren launched the company to offer a new treatment modality to manage pain while improving wellness, via an innovative product design that offers pain and stress relief in the palm of your hand. AVACEN ®Medical is featured in popular industry journals like TOP DOCTOR Magazine (April, 2022). 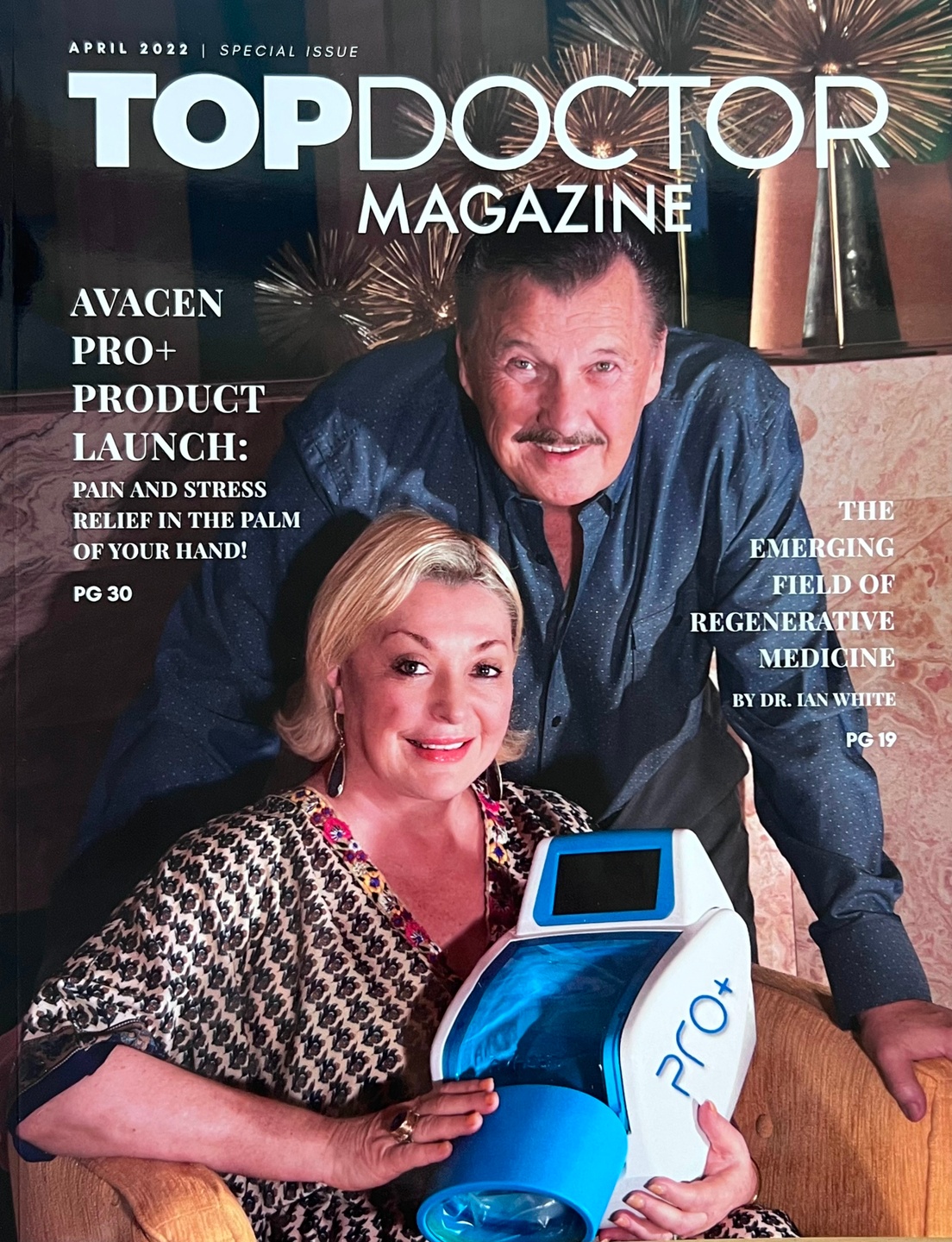 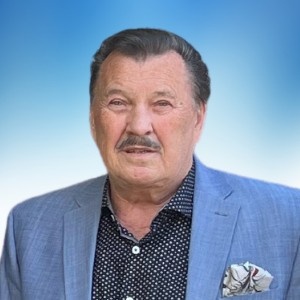 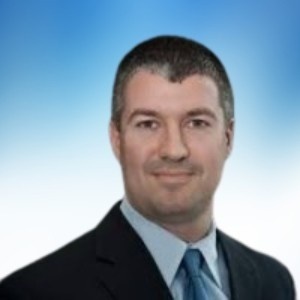 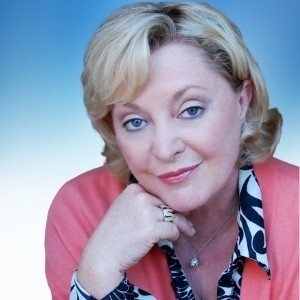 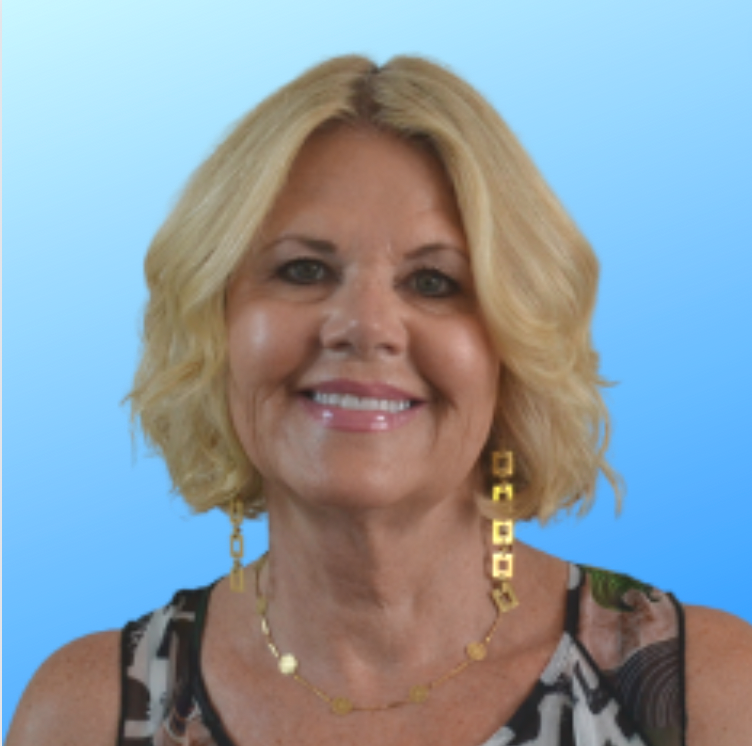 Fortune 500 senior executive experience with over 25 years of CEO and startup skills including acquisitions, capital formation and public market transitions. Prior to founding AVACEN in 2009, Mr. Muehlbauer started an Internet company which was sold to a publicly traded company, bringing a return to founding investors of over 180% in 2 years. As a hands-on investor, he engineered the startup growth and sale of World View, International, providing multimillion dollar returns to shareholders in less than a three-year period.

Mr. Muehlbauer developed his expertise in corporate management working for Fortune 500 companies. Management positions ranged from Worldwide Data Center Manager to President and CEO for three mid-sized corporations. He holds a Bachelor of Science from The State University of New York.

25 years of Fortune 500 and startup executive experience in sales, marketing, strategy and business development in medical devices, diagnostics, and HCIT. Throughout his extensive career, Mr. Shimkin held key marketing and innovation leadership roles at several notable companies, including Qualcomm, where he served as senior director of marketing and later, senior director of business development. Before that, he held senior executive positions at Lantronix, Quidel, Cardinal Health, Alaris Medical Systems and Neoforma. He also led the health care equity research team at Wedbush Securities and consulted for leading life sciences companies including Abbott, Boston Scientific, Genentech, Roche and Sanofi.  Anthony received his M.B.A. from Boston University, a M.A. from Boston University School of Medicine, a M.S. from the University of San Diego, and a B.A. from Boston University.

Danielle has over 30 years of experience in sales and marketing. She has extensive theatre, radio, public speaking and TV experience including multiple appearances on QVC. As the Company’s top salesperson and Chief Marketing Officer, she is currently developing several strategic initiatives to globally expand sales. Her efforts of the last 3 years have placed the Company on the INC. 5000 list of fastest growing companies in the US.  She studied at International University and the University of San Diego.

Jim’s former experience includes being a President and CEO, in addition to extensive engineering and engineering management experience. He was President and CEO of MAXIM Systems until the company was sold in December 2007 to Accenture. Prior to MAXIM, Mr. Wangler served as Chief Engineer for the ISR Directorate of SPAWAR Headquarters, where he also served as the Program Manager for a $200 million Space Surveillance program. He received his M.S. from San Diego State University.

Mr. Miller, a former Naval officer, was co-founder and Sr. V.P. of SeQual Technologies, a San Diego based medical device company.  He was also an early-stage investor, Board member, and CFO for numerous companies in San Diego. He received his B.S. in Business Administration from the University of Kansas, and a M.S. in Finance from San Diego State University.

Fred focuses primarily in the areas of trust and estate administration, real estate, banking, and corporate governance matters. He serves as a trustee, executor and special administrator of complex trusts and estates, by private and court appointment. Fred has been appointed by state and federal courts as a receiver, special servicer and interim corporate officer. He is a graduate of Baylor Law School and Brigham Young University.

Hamid currently acts as an executive consultant and advisor to various Fortune 100 companies and funded startups. He works closely with C-level leaders and board members focusing on lean manufacturing, strategic planning and effective leadership to help harvest a winning culture that’s conducive to reaching long-term KPIs. After working in a leadership role at Steelcase for over 20 years, he retired as Global Senior Vice President. During his time at Steelcase, he created and headed a project that reduced the company’s manufacturing footprint by 65% (9 million square feet), while increasing output by 200% and improving overall customer satisfaction.

Dr. Lakey is currently a Professor Emeritus in Departments Surgery and Biomedical Engineering at University of California Irvine. Prior to his transition from Professor to Professor Emeritus, Dr. Lakey served as Director of Research and the Clinical Islet Program in the Department of Surgery, Director of the Department of Surgery Stem cell laboratory. He has received several awards for his achievements in transplantation research and sits on the Scientific Advisory Boards for several diabetes and biotechnology companies.

Pamela brings decades of experience at operational and executive levels for various medical device companies. She currently is COO for Panakeia, marketing products to the military health system. She served as Vice President of Operations at inventive Technologies, now owned by Philips, as well as a Senior Director for SeQual Technologies. She received her Bachelor of Science degree from the University of Massachusetts.

Dr. Tropea is a podiatrist in Las Vegas, Nevada, specializing in foot & ankle medicine. She graduated from William M. Scholl College of Podiatric Medicine in 1991 and has 31 years of experience. Dr. Tropea is also affiliated with HCA Far West Division.

Dr. Myrie has worked as a Nutritional Therapist at the Chiron Clinic in Harley Street Central London where she undertook research into chronic degenerative diseases and eventually developed a protocol to effectively enhance results and reduce the side effects of chemotherapy and radiotherapy. She has also worked closely with an advanced British diagnostic laboratory to establish a link between elevated PSA and a pathogen known as Nanobacteria. She studied Psychology at New York University, Nutrition at College of Natural Nutrition in London, and Naturopathy at the Panama Institute in Nevis, West Indies.

Dr. Einsohn is the Co-Owner of the Thermography Center in Dallas, Texas. He is also the Co-Founder of Free Education University. Matthew has a M.A. in Environmental Studies from Prescott College and a B.S. in Psychology from the University of Texas at Tyler.

Dr. Ewer is currently a Naturopath at the Thermography Center in Dallas, Texas. Michelle is also a Certified Executive Health & Life Coach. She received her N.D. from First National University, her M.S. in Global Business Management from Thunderbird School of Global Management, and her B.A. in International Relations from Hendrix College.

Dr. Ryce is a world-renowned lecturer and teacher on health and healing. He received his N.D. degree from Southeastern School of Naturopathy.

Dr. Blosiu is a practicing chiropractor. He pursued undergraduate and postgraduate studies at the University of California San Diego, culminating in a Ph.D. in Neuroscience. He received his Doctorate in Chiropractic with a Physiotherapy certification at Southern California University of Health Sciences. He is also an Eagle Scout. 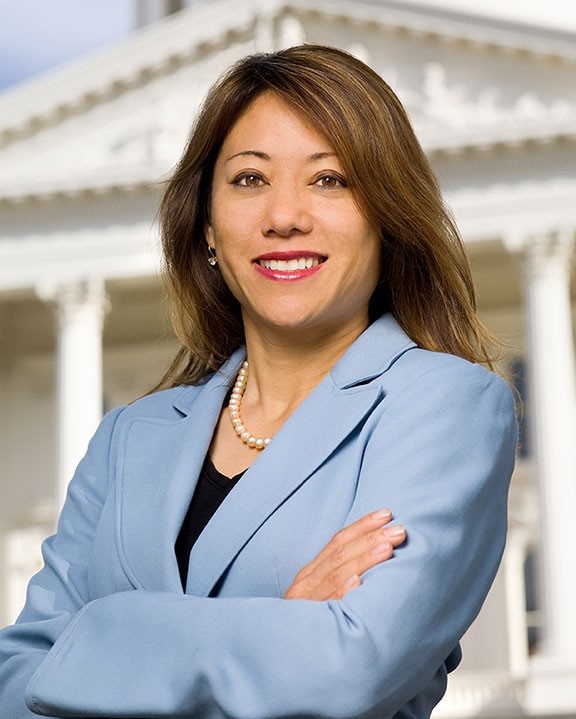 “My visit to AVACEN® Medical was an exciting opportunity to honor a California-based small company that is making a big difference. During my visit, I used their FDA Cleared pain reduction product. I was surprised that besides being effective, it was so easy to operate.”

The above statements represent the views and experiences of the individuals, and do not represent the views or statements of any company. The statements are for educational purposes only and have not been evaluated by the FDA. Results may vary by individual and using AVACEN devices may come with risks. Please consult your healthcare professional about potential interactions or other possible complications before using any product.